Air Force Day – (not their Birthday) 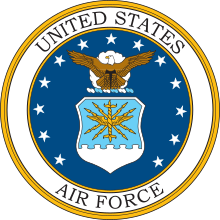 Air Force Day was established on August 1, 1947, by President Truman “in recognition of the personnel of the victorious Army Air Forces and all those who have developed and maintained our nation’s air strength.” August 1 was chosen to mark the 40th anniversary of the establishment, in 1907, of the Aeronautical Division in the Office of the Chief Signal Officer of the Army.

Air Force Day came into being immediately after the signing of the National Security Act of 1947, although the status of the air element of the military was uncertain. Thus, although it was called Air Force Day, its first celebration was staged by the Army Air Forces and not by the U.S. Air Force.